Sue Noyes (she/her) is a professional Coach and Neuro Linguistic Programmer and also an experienced Board member and Trustee. Sue has had a career of over 30 years in the NHS, initially as a Finance and Planning Director in a number of organisations; and also as a Chief Executive , latterly at East Midlands Ambulance Service .

Sue works with clients and organisations in the areas of career and team development . She is interested in unlocking potential in individuals and teams supporting them to achieve the fulfilment they desire. As a personality profiler, Sue is an expert in the DISC methodology, which she incorporates into her coaching practice.

Sue’s portfolio also includes her role as a Non-Executive Director at Birmingham Women’s and Children’s Trust, where she chairs the Finance and Resources Committee, and is the Maternity Safety Champion . She is also a Trustee at Smart Works Birmingham, a charity which supports women returning to work, with clothing and career coaching. She is also shortly due to take up the role as NED and Chair of the Audit Committee at Coventry and Warwickshire Integrated Care Board.

She has also previously been Chair of Coventry FE College; Chair of the national Ambulance Staff Charity, TASC; and Chair of Safeline, a charity supporting survivors of sexual abuse. 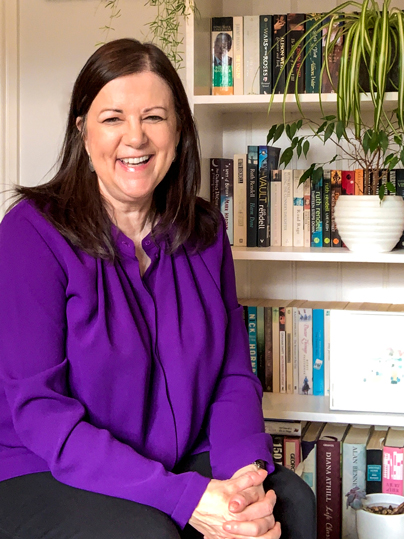 This site uses cookies to provide you with a great user experience. By using Healthy You Ltd, You accept our use of cookies.

This website uses cookies to improve your experience while you navigate through the website. Out of these, the cookies that are categorized as necessary are stored on your browser as they are essential for the working of basic functionalities of the website. We also use third-party cookies that help us analyze and understand how you use this website. These cookies will be stored in your browser only with your consent. You also have the option to opt-out of these cookies. But opting out of some of these cookies may affect your browsing experience.
Necessary Always Enabled
Necessary cookies are absolutely essential for the website to function properly. These cookies ensure basic functionalities and security features of the website, anonymously.
Functional
Functional cookies help to perform certain functionalities like sharing the content of the website on social media platforms, collect feedbacks, and other third-party features.
Performance
Performance cookies are used to understand and analyze the key performance indexes of the website which helps in delivering a better user experience for the visitors.
Analytics
Analytical cookies are used to understand how visitors interact with the website. These cookies help provide information on metrics the number of visitors, bounce rate, traffic source, etc.
Advertisement
Advertisement cookies are used to provide visitors with relevant ads and marketing campaigns. These cookies track visitors across websites and collect information to provide customized ads.
Others
Other uncategorized cookies are those that are being analyzed and have not been classified into a category as yet.
SAVE & ACCEPT